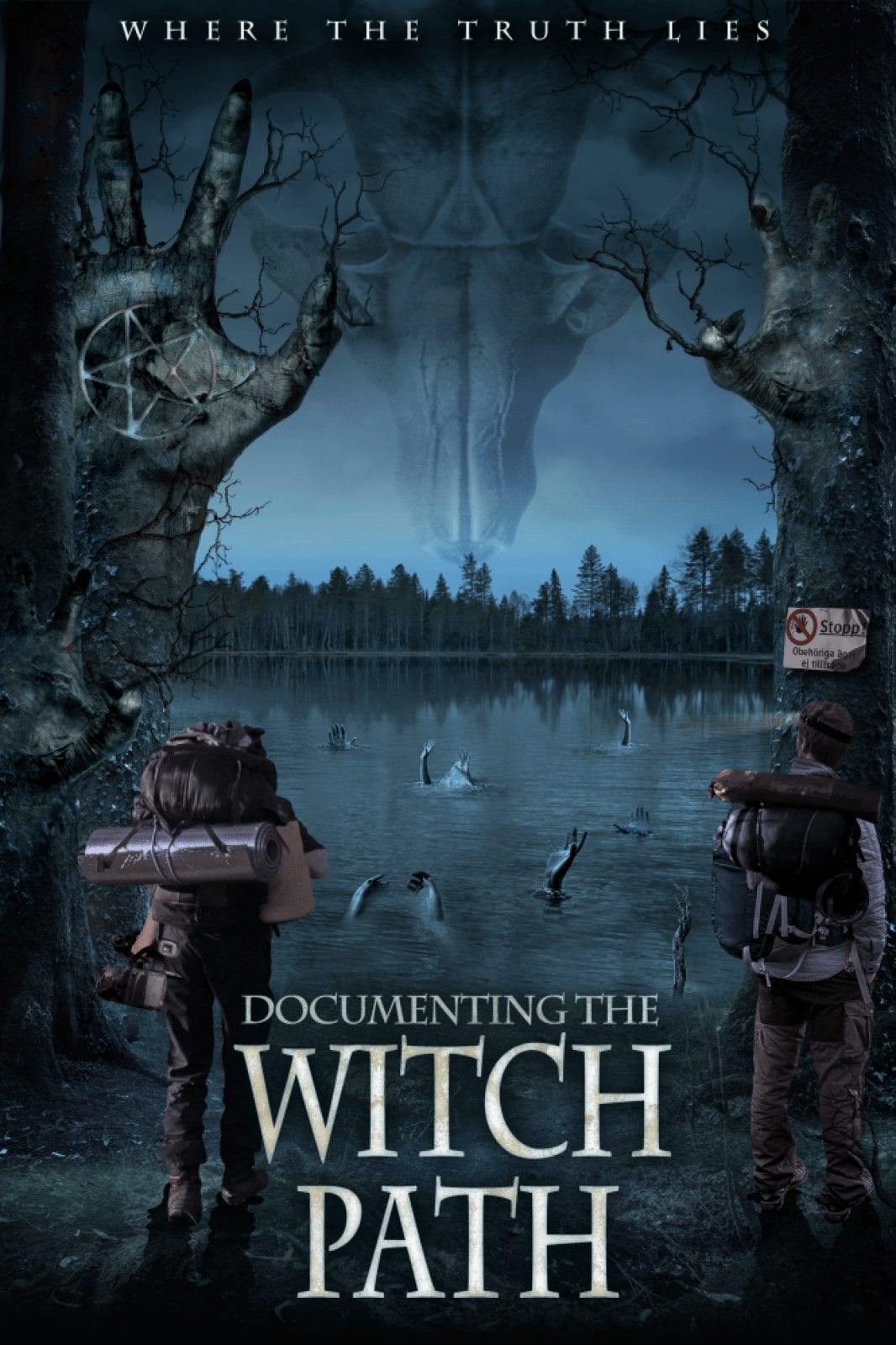 One director I always have time for is Carl Sundström. His style and natural flair in previous works are simply outstanding. Recently, he made me aware that he had completed a full-length feature film, Documenting the Witch Path. Being a found footage fan, and also a lover of horror documentaries I was super excited to watch it.

Sundstrom’s previous short films Finally Alone and Safe Haven were both amazing. After securing a release with Terror Films, he even let it slip that he is making another film that will do a wide VOD release in 2020.

Real Or Made Up Horror Documentaries?

Torsåker held witch trials in 1675, the biggest in Swedish history. In fact, sixty-five women had their heads cut off alongside six men all in one day. The details included in the film are mostly accurate. I can imagine simply making a movie anywhere near a site like this would be a little bit creepy. So it’s no wonder the performances from the two who eventually set up camp are able to seem as scared as they probably were.

Sundström stars in his movie with a team of filmmakers who are also his friends. Alongside Nathaniel P. Erlandsson and Robin Franzén, they are all themselves and don’t don a fictional character. Together they set about researching and investigating the history and local gossip surrounding the fact the Witch Lake and adjoining Witch Path are now a tourist attraction.

It’s not long before the group finds themselves at the mercy of warnings from tour guides. Even more peculiar, while referring to a map of the area, one tour guide is astounded they want to be taken to the real Witch Lake. Apparently, just weeks after opening the area to the public, it was promptly shut down. Something happened that no one wants to talk about, and now no one wants to return there. An alternate and safer Witch Lake was opened in its place.

Less like the traditional found footage film with shaky cam and viral curses, this stays true to a documentary format and adds some nice soundtrack accents. The runtime is a bite-sized 58 minutes giving no time to get distracted from the narrative at hand. With this in mind, the story also upholds a sense of realism in that it references actual events.

For me, I wanted more from this tale but I enjoyed it never the less. The scenic views are beautifully shot. The third act sets up at night time at the lake and does a great job of making you think the climax you expect is coming. While I liked the unexpected finish of the film itself, the impactful gut punch was simply missing. The low tug of suspense was not strong enough to hold up the creativeness of the finale. I was, however, glad no one went running off into the wilderness in the darkness. But I was also left mildly unsatisfied. Luckily, Documenting the Witch Path has enough good to outweigh this minor criticism. Add it to your watch list if you enjoy a movie based on actual events and not made up real events.

I give Documenting the Witch Path

3 parish church bells ringing out of 5

Where Can I Watch This Horror Documentary?

Just so you know, this film is currently streaming on TubiTV

Documenting the Witch Path – Häxornas Sjö is on most digital platforms (including Tubi TV) from 10th October 2019 from Terror Films.

Horror movies that are coming soon where everyone is paranoid, 1BR has everything you need in a thriller with mystery.