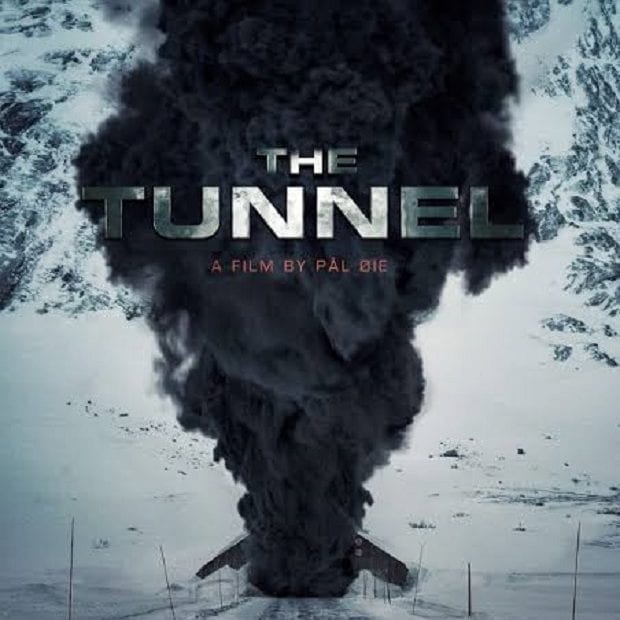 I love a disaster film and The Tunnel stars Vikings Thorbjørn Harr as one of the rescuers. If that’s not a good reason to watch a Norwegian disaster and thriller movie then I don’t know what is. The story involves a simple narrative where a fuel tanker has an accident inside the main route in and out of a small town. As accident crews take their positions and attempt to figure out, where, who, and how many people are trapped inside the tunnel a fire breaks out. The darkened tunnel, filled with traffic begins to cause chaos as deadly smoke consumes the space.

Characters are nicely fleshed out with a central family caught in its own drama paving the way for personal sacrifice and heroic moments. Other key scenes are woven into the rescue attempt also allow for pivotal tension to mount the longer the people are trapped inside. As they look for a way out they must battle low visibility and avoid smoke inhalation. Mother of Movies had a short dig around for evidence of The Tunnel relating to a real event. I did find that a truck carrying 16, 500 liters of fuel crashed in the same tunnel in 2015. In this instance, however, only emergency personnel were treated for smoke inhalation and the driver was unhurt.

Could This Happen In Real Life?

Pål Øie, the director, did insert a message at the start of the movie that seems to imply he is concerned a narrative like this is only a matter of time.

It’s in films of this type that the setting and cinematography take a front seat. Especially when black billowing smoke rises against beautiful snowy mountainsides. It certainly sets the perfect frame for a disaster movie and Øie utilizes this well. At times The Tunnel resorts to a little too chatter at times which slows down a lot of the grittier tension built up in the first quarter of the movie. Fortunately, the dialogue allows for moralistic tones to be added as small reminders about how lucky we are to have the people we love with us.

Overall, fans of well-filmed disater themed stories will enjoy The Tunnel. The casting was well suited to the grim nature of the production.

I give The Tunnel

3.75 Jarls Borg tackles emergency services instead of swords out of 5