Home » Movie Review: The Toll Rings But How Much Will You Pay?

Movie Review: The Toll Rings But How Much Will You Pay? 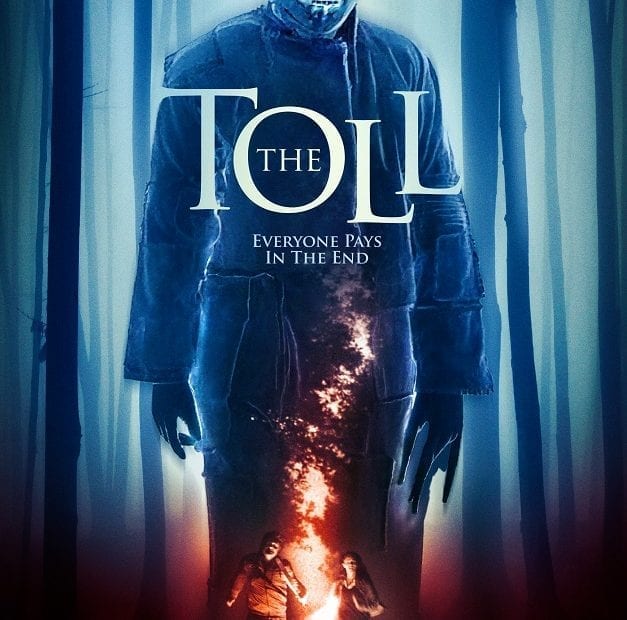 Mother of Movies loves Michael Nader’s previous film Head Count. With three feature films under his belt, The Toll comes as a thriller movie somewhere between Southbound and any other film where a curse is lifted once the price has been paid. I like stories like this.

Performances are great from Cami played by Jordan Hayes and Spencer played by Max Topplin. But sometimes great casting is overshadowed by awful scripting and unfortunately, the conversations between the two were what I had issues with the most. The central storyline revolves around not being seen by the Toll Man himself, yet the biggest idea the two come up with is taping up the windows of the car. This is while they walk everywhere revisiting old wounds. Flimsy thresholds of both having been touched by death are what The Toll Man wants and it becomes known that he has drawn the two in by deception into ‘his world.’

For Whom The Bell Tolls

Cami was on route to her father’s house, in the back-a*s of nowhere and a three-hour cab fare from the airport. Spencer, proclaiming to be socially awkward talks to Cami until she falls asleep in his cab. Supposedly scared of rapists but no issue napping in a possible perpetrator’s car. When she resumes being awake, Cami discovers that her driver is taking the wrong way. He shows her his navigator and soon enough discovers they are broken down in the middle of nowhere. Trapped in one location, the road they are on brings them back to the very place they started. And then weird things begin to happen.

Writing appears on their car, noises are heard and growing suspicion begins to raise its weird head. When a motorist stops, the two think their luck has changed. But the old lady has a story to tell and one part of it, is that the only reason she can see them is because she has met The Toll Man before.

Later we are taken through every skeleton in Cami’s closet. Her ordeal with her actual rapist as she talks to a dream-image in The Toll Man’s Freddy Kruger-like land. Cami is fed victim-blaming lines which were said to her after her ordeal. She gets to see her mom again, as does Spencer, and they both reminisce about their pasts in ways that are supposed to edge them towards killing themselves or, killing the other. Small amounts of trickery are played out by The Toll Man but nothing overly tenuous.

The cinematography is solid, especially given that the whole film is set in low light. Often illuminated by electronic devices inside the car and the headlamps remaining on. The Toll has its share of great shots down the endless lane surrounded by trees and nothingness.

The Toll Man was not what I expected and less than I hoped for, but those keen for a tropey and lazy evening with a sort of menacing spirit might like this more than me.

I give The Toll

The Toll was written and directed by Michael Nader

The Toll was acquired by Mother of Movies as a screener for review purposes.