Home » Deadly Illusions Sees Kristin Davis Get Creepy, And Not In A Good Way

Deadly Illusions Sees Kristin Davis Get Creepy, And Not In A Good Way 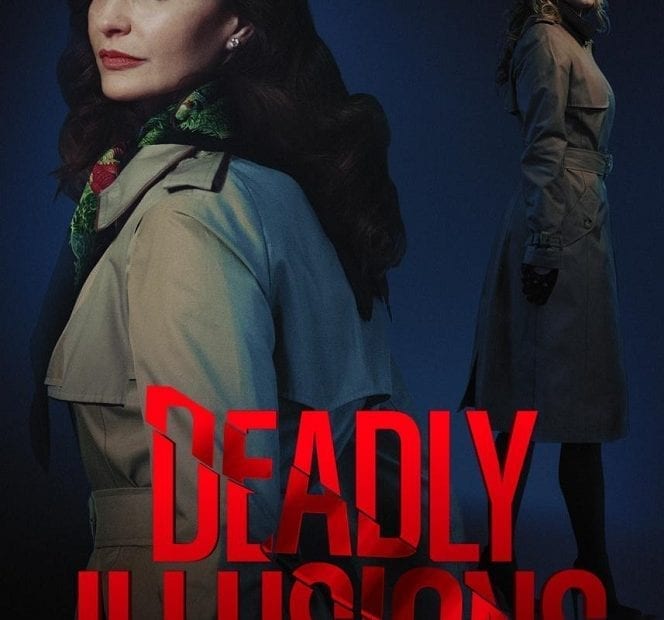 Mother of Movies liked the Sex and the City TV Series, so when I settled down to watch Netflix and Kristin Davis’s face appeared next to a very icy looking new thriller title, I thought, why not? Deadly Illusions (aka Grace) released to the Netflix platform on the 18th March 2021. What I expected was a predictable husband stealing nanny type flick, with Greer Grammer as the nanny. What I got was something so cringeworthy and so much less thrilling than I expected. Davis stars as a big-time novelist, Mary whose life is so blissfully happy and wonderful that she just can’t even think about writing another novel.

Deadly Illusions is a Spoiler Review

When her husband, played by Dermot Mulroney (Copy Cat) confesses to losing half their reserve money. The deal has gone south and the only solution is for her to pump out another best-seller and fix everything. But Mary is not happy about it, not one bit. Mary’s novels were borne of unhappy midsets and who knows what could happen if she embarks on immersing herself into new story. Mary confesses, writing again “changes her.” The dramatic tone and score suggests this change is not going to be good. For anyone.

Luckily for Mary, her best friend Elaine (Shanola Hampton) knows someone who knows someone who can get her the best of the best nannies. Having a nanny will allow Mary to knuckle down and clear her writer’s block. She interviews a bunch of young girls from the agency before a beautiful blonde rides upon a bicycle. A bow in her hair, the picture of innocence and probably would have been hired on the spot when she began to read… a book. Mary writes books! It’s obvious this girl is the one and before you can say, “haven’t you ever heard stories about hiring hot nannies?” she hires the hot nanny.

Deadly Illusions starts just the way you want it to start when you’re looking for a predictable thriller. It feels like a Lifetime movie, it’s got faces you recognize and the storyline brings up memories of films like The Hand that Rocked the Cradle. I want more of that. Then suddenly, Mary is taking Grace bra shopping. This comes at a point in the storyline that withholds all information about nanny Grace. All we know about her is that she really loves the job, and has lots of brothers and sisters. The bra shopping excursion was the oddest scene I’ve come across in a movie in a long time.

The completely ludicrous scenario continues with Mary taking over what the shop assistant should be doing and joining Grace in the stall. There is some creepy eye contact, and even worse some vomit-inducing inappropriate touching. From Grace. At this point in the film, Mary is offering a motherly role, and Grace’s age has not been disclosed. Editing dropped the ball with this scene so close to the start of the film, it took away the notion of a romantic interlude and made it all a little on the nose.

As Mary immerses into her writing, utilizing Grace as her muse, the film ensures the matter of whether she is old enough is covered. Just in case anyone was wondering. Mary begins to have hallucinations about her husband Tom frolicking around their kitchen in sordid detail while falling under her own spell with Grace. Writer-director Anna Elizabeth James stumbles in trying to convince the audience that Mary might in fact be going crazy. Elaine mutters a few words about Grace and her husband into Mary’s ears and turns up dead with a pair of scissors awkwardly angled into her neck.

Final scenes are a mash of aunties with multiple personalities and the dual personalities inside Grace finally raising their crazy voices. I believe the conclusion you supposed to recognise is that Mary begins visiting Grace in the mental hospital she ends up in. After all grace is nice. It was her alter ego that seduced her husband and sliced his stomach up like pork belly. But hey, love is love. The closing shot shows the same outfit the murderer wore hurridly leaving the mental hospital. Is Mary dead or just trapped there forever. We will never know.

I give Deadly Illusions

Other movies you could watch instead of Deadly Illusions: The Deep Ones / Death to 2020 / The Wretched