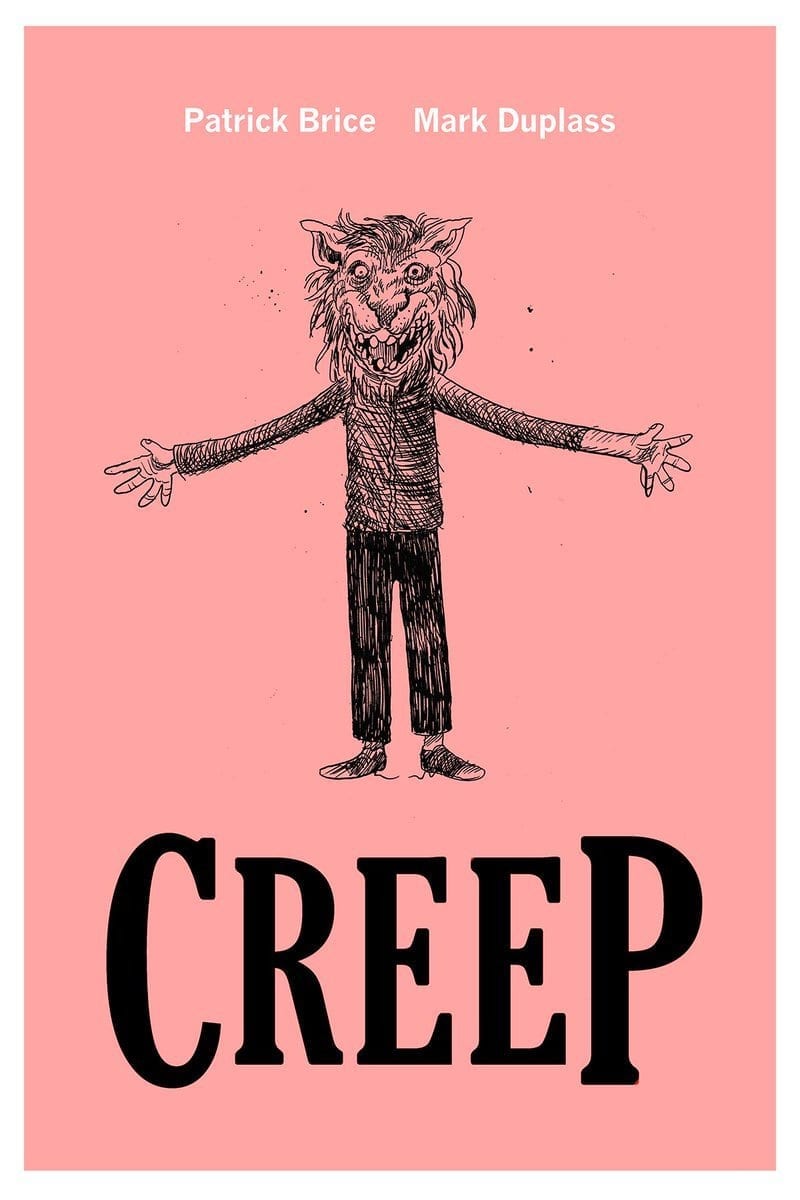 The Duplass brothers, Mark and Jay began their careers making short films that gave them a name in the film making business. Creep was released in 2014, bringing to life Peach fuzz, a guy in a wolf head costume. I was so enamored with the film which I couldn’t wait for the Creep sequel which followed in 2017. Both films are independent productions utilizing POV techniques often hated by audiences. Absolutely consider both Creep 1 and 2 amongst the best found footage movies ever.

With Patrick Brice as director, both movies have now become firm favorites of mine. I’ve even sourced the lyrics to the Peach fuzz song, especially for you. Finally, the sequel to both films has been announced, yes Creep 3 is going forward. Indiewire reports.

Aaron is a videographer who sees a want ad on Craigslist. After being hired by Josef for one-day to make a film for his unborn child, Aaron becomes increasingly aware that something isn’t right.

As the day wears on, Aaron must decide to either finish the job or leave early when Josef’s behavior becomes stranger and stranger. But can he leave?

Sara is trying to get her big break with a YouTube series “Encounters.” ‘Encounters’ involves Sara answering Craigslist ads from people requiring friendships and connections.

After answering an ad from a man called Aaron, who will pay a large sum for a videographer for a one-day job.

As the day continues into nightfall, she begins to wonder whether his confession is more than just a fantasy. Will this be the big break she is looking for or has she bitten off more than she can handle?

Josef is played by Mark Duplass and who I earlier pointed out is one-half of the Duplass brothers. Josef needs a videographer and begins the recruitment process to hire one. Why does he need someone to film his day to day life? His wife is pregnant and Josef has a brain tumor. What better way to be remembered than to obtain some footage for the little tacker. As outsiders looking in on Aaron in his quest to live on in the film, we barely see him. Angles used in the footage and the scenes gives us first-hand knowledge of exactly what the secretive cameraman is up to.

Over the course of the film, it’s the small details that lead you down a path of skepticism. The odd behavior and the information dripped and dropped by Josef. The casual appearance of a wolf masked man called Peachfuzz makes you prefer to think the brain tumor is responsible for all this weird behavior.

Josef’s portrayal of less is more comes across finesse and depth. The less we know about him, the more it’s easy to assume he’s not only an eccentric but pushed into an even weirder dynamic because he is dying. Superficially, Josef is building rapport with his hired cameraman Aaron. It’s impossible that Aaron is in danger right? What Josef thinks is funny coupled with trips into the woods show Aaron his personality. He spruiks self-confessed ‘humorous’ scare attempts. Somehow though, his increasingly erratic behavior brings us no closer to understanding what his true motives are.

Creep is perfectly orchestrated to give maximum a tension-filled atmosphere. Slow-burn movies are known for slacking off when it comes to the big pay off at the end, but my favorite part of this film is the final quarter. I sat—slack-jawed and wide-eyed as an ending played out.

Right from the opening few seconds in the sequel, I was overcome with a sense of dread. Dave (played by Karan Soni) receives a package housing a DVD. In the first movie, the DVD plays an important role in laying out the final reveal (no spoilers here.) As viewers, we know that Dave is in big trouble. He goes through the motions of trying to figure out what is going on and seeing the film through the camera hidden in packaging from his delivery allows for voyeuristic set-up to watch the scene unfold.

Killer on the Loose in a Peach Fuzz Mask

It’s only when Duplass enters the scene, dressed in his signature all-black clothing, I got goosebumps. Dave calls the man, Aaron, and if you watched the first film, you’ll remember Aaron was Josef’s filmmaker. Aaron’s emerges as someone with an air of indifferent charm.

After Aaron leaves David, he goes on to find another videographer. Aaron chooses Sara (Desiree Akhavan) and hires her to film him. Aaron however, has a new confession to make. Gone are his brain tumor and pregnant wife and in its place a new story, one that makes Sara think this job might just be the break she is looking for.

Under the guise of friendship, the two get to know each other. Sara wants internet fame, the type you get with a story like this from a crazy fantasy bound man. Has Sarah found a love match with Aaron in her quest for fame?

Patrick Brice is the director of both films, he said Creep 2 was not intended to be a horror movie. Could this really be taken as a romantic comedy? I think yes! He took inspiration from Michael Haneke’s Funny Games and it’s easy to spot small inflections if you’ve seen both films. For example, Duplass will look into the camera and smile, just as Paul did in the 1997 shocking horror movie.

For Creep 2, again I loved the ending. There’s nothing more satisfying than a great ending to a great movie. For a low-budget independent film, Creep 1 and 2 are both interesting story-wise and have the ability to create a foreboding climate that trickles down your spine as the penny drops.

Best Found Footage Movies Titles You May Not Have Seen

Best Found Footage Movies Ever, With the Duplass Brothers

Do You Need More Information on the Duplass Brothers?

Check out this Wiki link and read about all their projects.