Home » Image » Lifechanger Review, A Horror Movie With A Shapeshifter

Lifechanger Review, A Horror Movie With A Shapeshifter 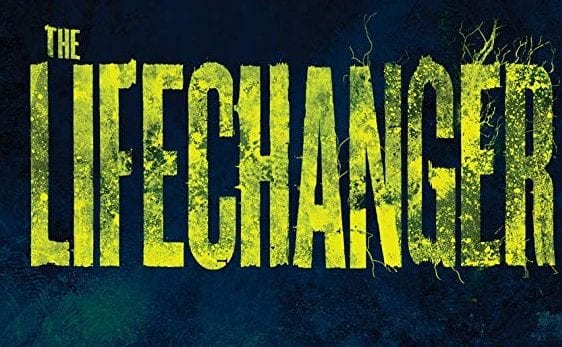 I was lured into ‘Lifechanger’ by a great premise that looked to be about a shapeshifter. Just the poster and the brief bio was enough. Netflix’s mini-trailers that run while you’re trying to decide on what to watch made it look even more appealing. Before you read on, this is a spoiler review. In the trailer, a woman enters a house and the man tells her he’s calling the police. She’s been three days missing and nothing she says can convince him something shady isn’t going on. As he dials the number the woman picks up a knife and heads towards him. The trailer then ends.

SPOILER REVIEW With About a Shapeshifter, Lifechanger

This will be a spoiler review. Mostly because I don’t think people are interested as to whether it’s good or not. As I said before, the plot is really intriguing. Lifechanger is similar to a body snatcher’s baseline with fewer pods, and alien invasion subtext, and more eternal shapeshifter life goals.

Moreover, I liked it. Lifechanger has been treated with lots of details that aren’t all that special until you begin to digest it. But more on that when I discuss the ending.

Firstly, the cinematography and nicely done practical effects are what make this film less crap than I anticipated. After all, the distribution company logo that flashed on the screen during opening credits belonged to Uncork’d. The pacing is also steady and doesn’t entirely break into a lull anywhere in its 84 minutes run time. And, while I myself attest to have liked one or two, much of their catalog is a running joke in a small horror group I frequent called The Original Reel Horror Group.

We learn that the life-changers’ name is Drew. Through a lot of voice-over narrative, he is searching for more than just body’s to steal. Drew doesn’t know what he is and rarely cares for the people’s lives he destroys. It’s a simple matter of kill-or-die. Also, Drew doesn’t know if there are more in the world like him. What he does know, is that he accidentally took over his mother’s body, thus killing her and also any life lessons she may have imparted.

It seems Drew is also getting on, he’s now got some miles on him. In his younger days, he could live a nice semi-existence in a new body for some time. Each time he drains life from someone, he takes everything they have. Gaining their memories allows him to assimilate quite well which is handy given he does it a lot. Subsequently, he can speed up the process to depart his selected body if it’s unsuitable by partaking in lots and lots of coke.

Why Does This Shapeshifter Kill?

Needing a new body is signaled by some corpse-like rot appearing, usually starting at the back of his neck. Back in the day, he could select his new persona with some skill and some stealth. Nowadays, he requires antibiotics to stave off the infected tissue and extend his expiration date.

In his wake are shriveled corpses, barely recognizable but he’s adopted the ways of any well-honed serial killer by acquiring a great dumpsite for his shrunken doppelgangers. He also has the disposal of them down to a fine if not messy art.

Drew’s life revolves around a woman called Julia, and much of his routine was centric on entering the bodies of those around her. He thinks he loves her and so will do whatever it takes to be in her life. After taking the place of her husband and playing happy families with Julia and her son he loses track of her. The son they shared died of Parkinson’s around the same time his body needed to be replaced. Fortunately, Julia is also quite habitual and frequents a small bar to drown the sorrows of her unfortunate life. It’s here that Drew meets her once more to begin the cycle again.

The more he tries to reinstate what they had as someone new, the wider the gap becomes. There’s also a new sense of urgency now as his kills become more haphazard in his rush to get back to her. Each time he does, he is a new face but with an unrecognizable familiarity for Julia.

He Liked His Shapeshifter Rachel Suit

It’s while inhabiting the body of a young woman called Rachel that we see just how inhuman Drew might actually be. He seems to not understand why Julia leaves him sitting at the bar in his Rachel suit when a guy fumbles his way over to have a crack at her.

While Drew sees this guy as the new target, it’s even more enlightening that he fails to understand the dynamic he has elected by inviting him home. His desperation to throw off the Rachel husk and enter a more suitable body to win Julia over causes him instead to stab the man to death when they end up in a fight.

Lifechanger uses the well-worn horror trope where love is used to justify the invasive stalking of the main antagonist. Here it’s certainly no different. Unlike many films in the romantic-comedy arena, at least horror doesn’t act like this motivation of love isn’t simply altruistic. I didn’t root for Drew because his actions, decision making and endless desire to keep going because of Julia weren’t enough to do that. Love doesn’t justify any of it.

What About That Ending Though?

The final scenes are entirely unexpected and just when you find yourself at the point where the generic ending should arrive, it doesn’t. Instead, when Drew finally accepts his fate and literally lays down to die, he is instead reborn. Equally astonishing is that he isn’t reborn as a young child and instead he awakens as a fully grown grey-haired man.

The final scenes weren’t something I connected with a lot but contained a narrative about regret, love, and loss. Whether or not his species life cycle then lives on to die naturally is not explained. It makes sense that for this character at least, learning when to stop and die was then rewarded with a normal life. Perhaps had he done this sooner, his rebirth may have been aligned with a younger body.

Tags:2019 Movies9 Light EntertainmentJustin McConnellUncork'd Entertainment
previousSakawa Review + The Other Side of Cat-Fishing
next‘New Money’ A Film From Jason B. Kohl