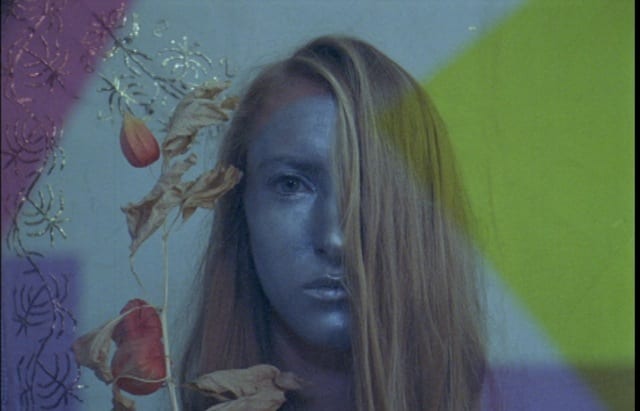 As if Jim Henson himself directed Hellraiser, ‘Any Virgin Left Alive’ short film brings an embodiment of childlike wonder to the horrific dread the European middle ages would have had. In framing this land as some twisted place of vibrancy, the true terror shines through in an even more shocking fashion. From trees that sodomize young virgins to human sacrifices, to a horse that deflowers Joan of Arc herself, this short is certainly not for the faint of heart. Framing a narrative around someone who obviously has a terrible hatred for Joan of Arc, even referring to her as Joan the slut, is a bold if not controversial choice given the chauvinistic tendencies the film takes on.

It is through these bold strokes that we truly see a deep level of uniqueness that this film can create. It is surely a spectacle that will stick with you long after the film wraps up. Mandico is not holding back on his artistic freedom, which is welcome. This trippy short is like a segment of Sesame Street on LSD and is one surely not to miss. As long as you go into the piece with an open mind and can embrace the dark humor on display, you will walk away forever looking at Joan of Arc with a unique perspective.

Any Virgin Left Alive? can be viewed on FILMPIXS. The newest platform for the world’s best short film and documentary collections. Get your free trial and watch some horror and fantast short film festival favorites.

Contributing writer for Mother of Movies website, Daniel Hess is a writer/filmmaker from Baltimore. Owner and founder of To Tony Productions.
You can see more of Daniels’ work via the link below.