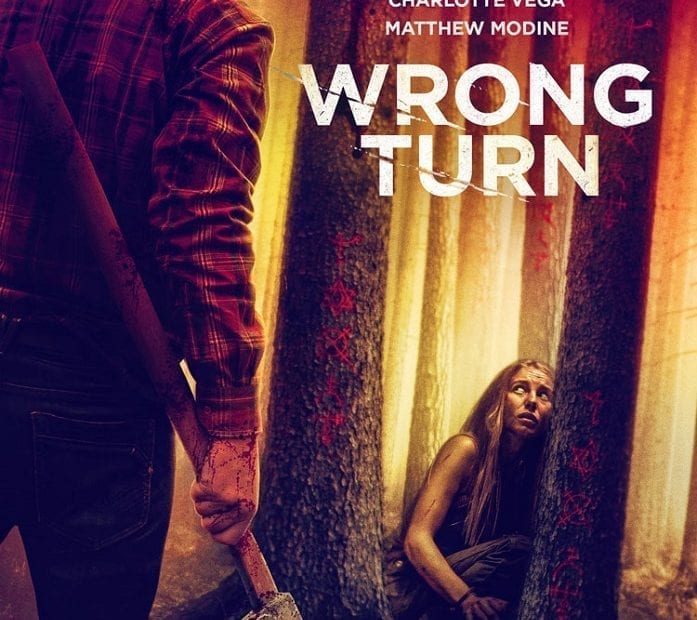 The Wrong Turn franchise has been a beloved slasher series since 2003. Cannibals living in the backwoods of West Virginia want nothing more than to survive, raise a family and eat. Let’s talk about Wrong Turn 2021 and the people in The Foundation. But firstly, lets’ address the most common thread of chatter about the newest horror movie:

All valid points, except Wrong Turn 2021 never claimed to be part of the original movie series. It’s a reboot and by definition, this means the creator Alan B. McElroy, writer for the very first installment in 2003 based the newest film on the concept but changed the storyline. It doesn’t need to refer back to the same source material as a remake does. A reboot is an idea of trying to take any of the superficial elements they liked and turning them into something different. A reboot is associated with the title or a character. In this case, it was the title. As for the third point. I don’t think Wrong Turn 2021 sucked at all.

Why Wrong Turn 2021 Is A Worthy Reboot

Mother of Movies is a fan of most of the original franchise (except of course for number 6.) I like dumb predators and the idea of “goddamm hipster freaks” joining forces to ambush and eat unsuspecting groups of people. But the newest horror movie has more than just hicksploitation. Director Mike P. Nelson takes the sentiment and levels-up. For his directorial sophomore feature film after The Domestics, there is a lot to like.

While I must admit, I waited for the film to take a turn and land in more gore and bloody filled niche, I was happy it didn’t. I think the idea of including characters who are smart, witty, and skilled was certainly an excellent choice. I loved the generosity of the casting to include a gay couple as well as a biracial one. And it’s definitely a level playing field when it comes to who will be annihilated.

The other thing that worked well was the narrative. The scripting was brilliant, conversations were well thought out. Both elements of horror films that are a particular annoyance for me personally were really great in Wrong Turn 2021. If anything, here the characters are a point of interest instead of just fodder for the next kill. I was invested in a few of the character arcs and loved where it went.

The Foundation civilizations themselves have not formed as astutely as everything else. At times a contradiction to their ethos. Their traps and shenanigans overshadowed their lifestyle choices. In addition, the traps themselves weren’t new, and they weren’t things I haven’t seen before. By the time we get to the courtroom, I couldn’t stop thinking about why they would roll a giant spiked log towards a bunch of hikers if they weren’t indeed menacing. I also wasn’t much of a fan of the quandary created over the act of killing. Especially in the face of the threats they encountered and the shed they found full of what can only be concluded to be storage for the victims of the place they were in. Seems mighty psychopathic-killer-y to me.

And despite being somewhat underwhelmed by the vigor of our heroine Jen in the finale, I loved the way it played out. Without going into spoiler territory for those who are still debating whether to watch ‘Wrong Turn’, the final scenes were in a word, cool. There must be a pause in how likely events would unfold in this way, but I loved the way it was constructed.

3.75 Not sure whether Ruthis is ready for a playdate yet out of 5

Tags:Alan B. McElroyConstantin FilmMike P. NelsonSaban Films
previousSkylines aka Skylin3s, Completes The Trilogy
nextChaos Walking Isn’t A Dumpster Fire But It Could Have Been Better