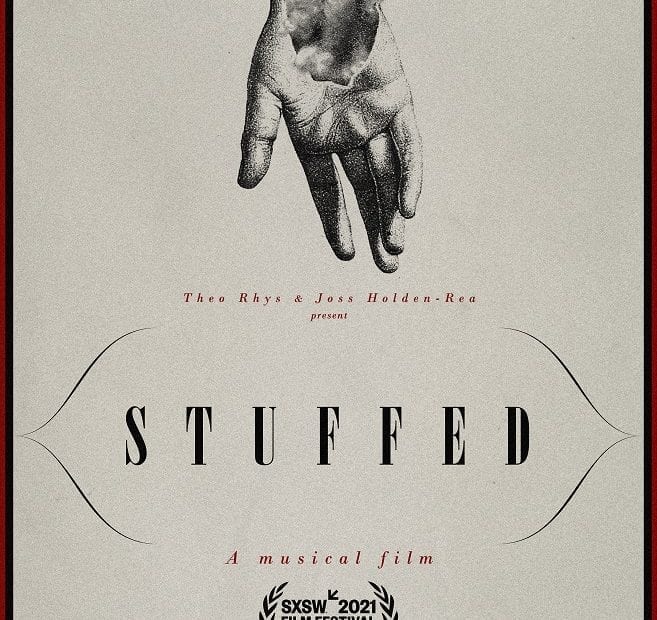 Mother of Movies isn’t the biggest fan of musicals. But I am a fan of horror and this is a story I loved from the moment it started. It’s dark, seedy, and dirty just the way I like it. I guess it helped a little that I already knew director Theo Rhys’s ‘Stuffed’ will be made into a full-length feature film, but that certainly doesn’t detract from just how brilliant this 19-minute story is.

The short film’s people haven’t revealed a release date yet, but I have been assured it will come. Stuffed was well received at its March 16th screening at 2021’s South by Southwest Film Festival. But I can tell you what I know about the story, who its writers and stars are, and why I loved it so much. And I also have a trailer.

Basically, Stuffed begins with a jaded and depressed-looking taxidermist. Her dreams pinned on finding a human specimen to give a forever home. Similar to real-life stories floating around internet-land, of cannibals and vampires wanting people to ingest or bite, Araminta would like to add to her collection of animals and stuff a human. She takes to the dark web’s online forums and discovers a wealth of enthusiastic wannabe’s and trolls. Just as she thinks she will never find the right person to fulfill her needs, Bernie appears. Bernie is afraid of growing old and triumphantly agrees to be her volunteer.

But what happens if once you find a man to fulfil your dreams, he becomes the man of your dreams?

Of course, I would be remiss to spoil something as unique and special as Stuffed. I promise you though, this is one well-performed, insanely emotional, and a bizarre short film you do not want to miss.

Playing the role of the taxidermist, Araminta is Alison Fitzjohn. She is a force and I loved every second of her appearance on screen. I truly hope both are cast in the full-length film because their dynamic together played with my frayed and frazzled heart-strings. Anthony Young plays Bernie and has just the right amount of vulnerability that Stuffed had me fall in love with him too. The story is macabre but it also touches on the desire to be loved versus a person’s desire to achieve their wildest dreams.

5 nightmare love stories out of 5