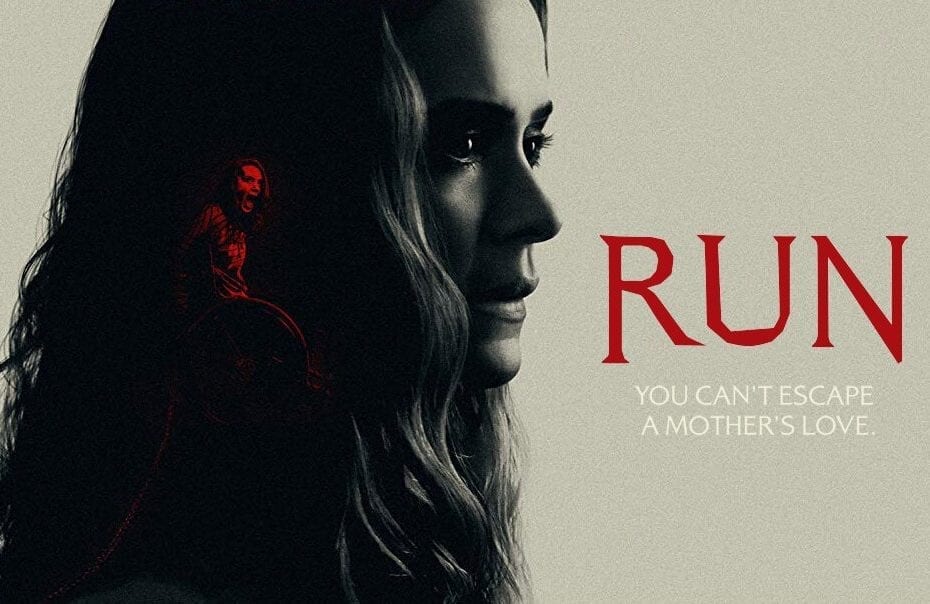 You can watch Run on Hulu in the USA and Netflix in Australia, Canada, UK, and Ireland. In fact, you might even want to do some Yoga while watching on Netflix. Starring Sarah Paulson (Glass 2019) and for her feature film debut, Kiera Allen. Mother of Movies Run review is a spoiler version. If you haven’t managed to see the mystery and thriller movie as yet, read on at your own peril. We’ll be discussing the very big plot twist and why it became a plot hole for many of the film’s fans.

‘Run’ begins with Chloe, in a wheelchair and subsequently homeschooled by her very protective mother Diane. For all intents and purposes, Chloe is a bright student, smart enough to be waiting on news for her submission to college. Each and every day, her mother manages to beat her to the mail delivery and tells her there is simply no news. What’s more, Chloe thinks her mother is behaving suspiciously and begins to look into things that stand out to her. She looks for her medications, she tries to google things before the internet is mysteriously disconnected and she calls random people to fill in the gaps. The more Chloe finds, the more she begins to freak out about what might be happening. And for good reason.

What brings this particular film to a pinnacle of above-average standards is the wonderful performances from its lead stars. Both Paulson and Allen who play Diane and Kiera respectively have wonderful chemistry together. Both believable in the face of some rather big leaps of faith from writers Aneesh Chaganty and Sev Ohanian. For many fans, the fact there is a big reveal in the final half of Run didn’t slow their enthusiasm. In fact, I still really liked this movie in spite of it. I find the whole idea of Munchausen syndrome by proxy fascinating and completely bonkers all at the same time. Certainly, Munchausen’s is a mental illness many films have embedded into their premise.

But let’s get back to the pin that unlocks all of Chloe’s greatest fears. The green pill that the pharmacist tells her is for dogs opens a whole can of worms. It’s easy to rationalize that Diane could have lied about having a dog. It’s not a big stretch that there was no dog in the movie either. The plot hole that opens up in Run is because when you give the thought a little extra time, it’s safe to say there aren’t many vets that are giving out medications for animals they have never seen.

Overall though, Run is still a decent thriller based on the presence of a creeping doubt that Chloe obviously had for a while. Things just didn’t add up for her in many ways and her fight or flight reflexes began to kick in.

Watch ‘Run’ if you love Sarah Paulson and love a good twisty thriller movie to watch on a rainy day.

4 dogs called Chloe out of 5