RIP Is A Spanish Short Film About Funerals 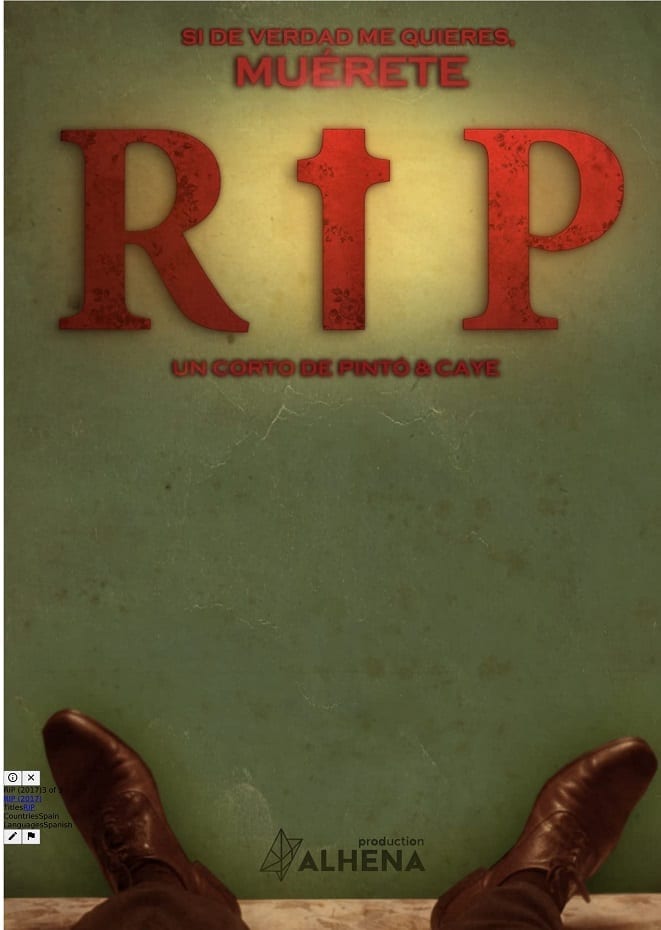 RIP Is A Spanish Short Film About Funerals

Place into a blender Edgar Allan Poe, Dia de los Muertos, and just a pinch of Evil Dead. What do you get? The amazing short film RIP. A story so darkly comedic you won’t know whether to laugh or wince.

RIP tells the story of a man who is soon to die. His wife picks out his clothes to prepare for the funeral as he looks on from the bed. The exchange is rife with comedic tension as she picks his clothes for him, commenting that his beard must be shaved despite his objections. As we flash ahead to the funeral a now beardless man lay on the bed, but as soon as the wake is about to start, he immediately comes back to life. Unaware of what is going on, what soon transpires is an exercise in frustration to make sure he will die again as to not upset the many guests who have come to see him.

The first thing to notice with this short film is the quality on display ranging from the actors to the makeup to the way it is all captured technically. Even with the fact that it is a short from 2017, it does not show any sign of age in the production value. The story is so delightfully devilish that any fan of horror will surely be delighted. It is at once
gruesomely macabre with enough blood to make Sam Raimi proud but with a silly enough tone to keep things light throughout. It expertly walks that fine line between horror and comedy that many films fail to achieve. Overall, this is a great short film about the lunacy that would arise from a man who simply can not die.

4.5 reanimated corpses out of 5

Owner and founder of To Tony Productions. Daniel is a filmmaker and writer. Daniel recently won Best Male First-Time Screenwriter at the ‘Best Script Awards‘ in 2021. You can find more of Daniel’s reviews here on Mother of Movies and other work on his website via the link below.